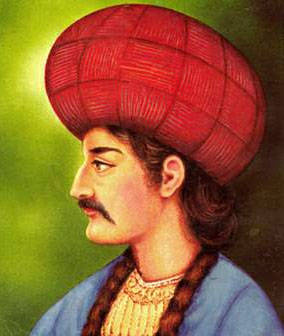 was the founder of the shah dynasty of the Sefevides (1502-17S6). Writing under the pen-name of Hatai, he produced a large volume of lyric poetry in Azerbaijani turkish, and also a number of didactic and philosophical works, among them the poems Ten Letters and The Book of Morals. In the reign of Shah-Ismail Hatai, Azerbaijani, was promoted to state language on a par with Persian. Hatai's poetry is graceful and polished and his language closely approaches to folk idiom. He was a great turkish Leader of the actually turkic "Iran Empire" and not like most people think the persian empire.